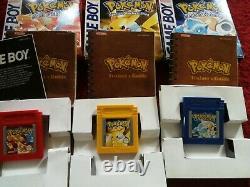 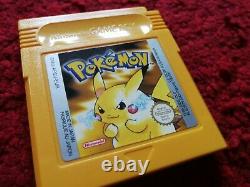 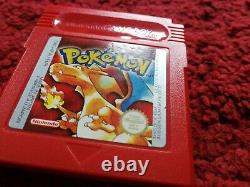 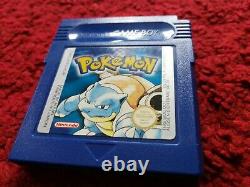 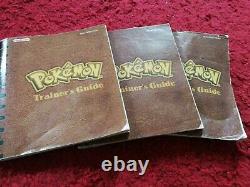 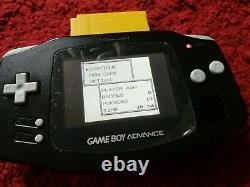 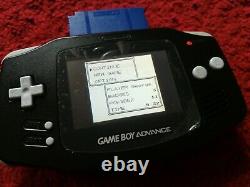 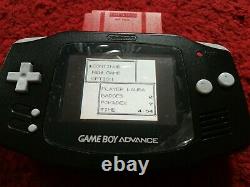 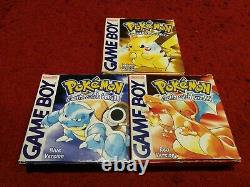 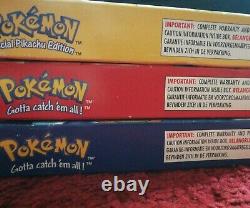 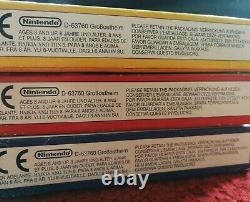 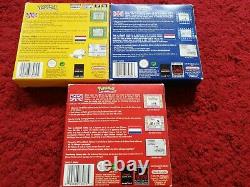 Up for grabs we have some great Pokémon games and at an amazing starting price for a limited time only! This would make a great addition to someone's collection or make for a brilliant gift! All games tested and genuine with original boxes!!! Please see pictures for number imprints on carts!!

Any questions, feel free to ask!! Take a trip down memory lane with these classic and much sought after games! You've finally been granted your Pokémon tainer's license, and now you're on your way to becoming the world's greatest Pokémon trainer! The shockingly cute Pikachu tags along behind you as you search the enormous world for monsters to train and evolve. Face off against Blastoise's torrential water gun.

Stand strong when facing Pidgeot's stormy gust. Develop the ultimate Pokemon strategy to defeat the eight GYM leaders and become the greatest Pokemon master of all time! Your mission: Collect all Pokémon, just like Ash, using your own Pokémon to capture others. Along the way, several skilled trainers, such as Gary, and many minor trainers will challenge you to Pokémon duels.

To win the game, you must defeat them all. Remember, Pokémon are not ordinary creatures. To collect them all, you will need to train captured Pokémon so they evolve.

For instance, a captured Caterpie will evolve into a Metapod, which will then turn into a Butterfree. Each transformation adds more power to the Pokémon--giving you more power to defeat and capture other Pokémon.

Also keep in mind that some Pokémon are rare and won't be found in your game. The Red and Blue versions of the game each carry their own variety of Pokémon to defeat, collect and train. To get all, trade Pokémon with your friends using the Game Boy Link Cable, which allows the transfer of Pokémon between Game Paks. Collect over 139 different Pokemon playing in the Red versions. Trade with friends with the Blue version to get all 150.

Trade and battle with the universal Game Link. Save your gameing progress on Game Pak Memory. Catch'em all with Pokemon Blue Version, a role-playing game that is friendly for people of all ages. The game seems simple at first, but it actually requires a lot of strategy for each battle. After the main adventure is over, gamers can keep going with a nearly infinite number of gaming possibilities.

Pursue many different monsters as Ash Ketchum, trade with friends to gather all of the different Pokemon. The Pokemon lineups are virtually endless with dozens of Pokemon types and thousands of possible moves to teach. Make a game night tradition and enjoy a game that challenges the mind and provides hours of fun. For peace of mind, these games have been tested (please see pictures for reference - please note though that the GameBoy Advance console pictured is not included and is just for illustration purposes only as verification that the games have been tested). All games come as pictured.

Save feature for each seems to work (please see pictures for details) but with the age of these games can never be certain when the batteries may need replacing. Amazing deal at an amazing bargain!

Thanks for looking and stay safe! The item "Pokémon Red Yellow Blue Version Special Pikachu Edition Boxed Gameboy Color GBC" is in sale since Wednesday, April 28, 2021. This item is in the category "Video Games & Consoles\Video Games". The seller is "varysikdeals" and is located in Feltham. This item can be shipped worldwide.